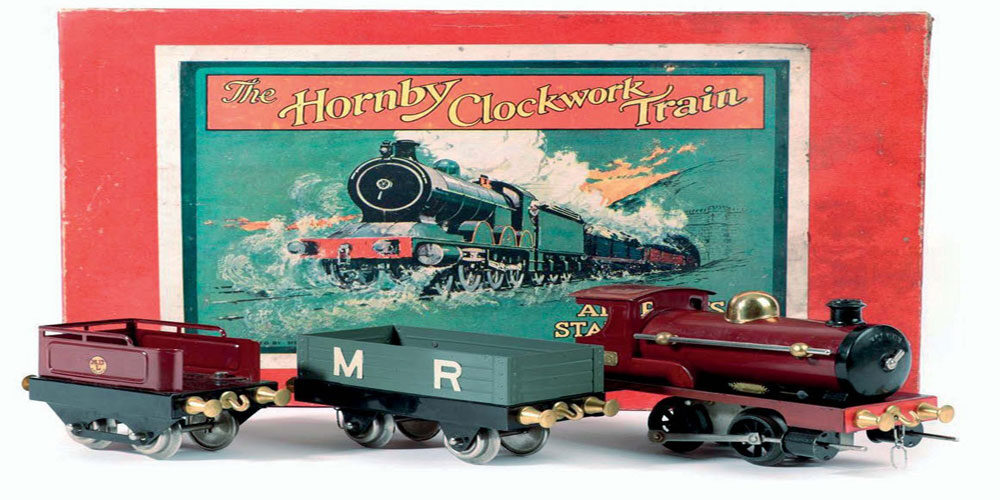 Adults Turning to Toys During Lockdown Drives Model Railway Sales.
Model railway maker Hornby has reported a big jump in annual sales after people rediscovered their love of hobbies during lockdown. The firm, which also sells Scalextric, had sales of £48.5m for the year to 31 March 2021, up 28% on the year before. It said children and adults alike had bought its toys in the pandemic as they sought “comfort” in stressful times. Adults Turning to Toys During Lockdown
“Model railways, Scalextric sets running around the attic. Yes, there’s been a lot of engagement from people. When there are problems in the world, people do turn inwards, they do look for things of comfort and in a hobby, they find comfort. We gained a lot of new customers, and our existing customers spent more on the hobbies they enjoy.”

More time spent indoors allowed former hobbyists to reconnect with the toys, models and products that they grew up with, the company said.

One-third of the industry’s sales of children’s toys, models and puzzles have been sold to older generations, a segment of the market the industry calls “kidults”.

Bekonscot Model Village owner Brian Newman-Smith said his Buckinghamshire attraction had inspired some former hobbyists to revive their love of toys and models during lockdown.

“People had Lego, they had trains and Scalextric, but then they got married and had children and that dropped off. Now, with all the time to spare, they’ve gone back to modelling, whether it’s aircraft, trains, planes, you name it…people come here to see what we’ve got and it inspires them.”

Online sales and renewed interest from older consumers helped Hornby make a net profit of £300,000 for the year to 31 March, an improvement on the £3.4m loss for the previous 12 months.

However, Mr Davies said the retailer was more concerned with shipping issues causing supply chain disruption than it was about an end to lockdowns.

Hornby, which imports many of its products from East Asia, was affected by closures at Chinese ports due to coronavirus.

“There are still shipping delays from our supply chain with container shortages. Shipping costs from our factories are three times what they were previously,” the company said.

Getting its model train sets and other hobby goods into the EU had also faced “countless importation difficulties”, the company said, and it stopped exporting to the bloc in late 2020 in anticipation of increased Brexit barriers to trade.

“In recent weeks, shipments have resumed, but there are still delays in certain countries whose procedures are unnecessarily rigid,” Hornby said in its update to the London Stock Exchange.