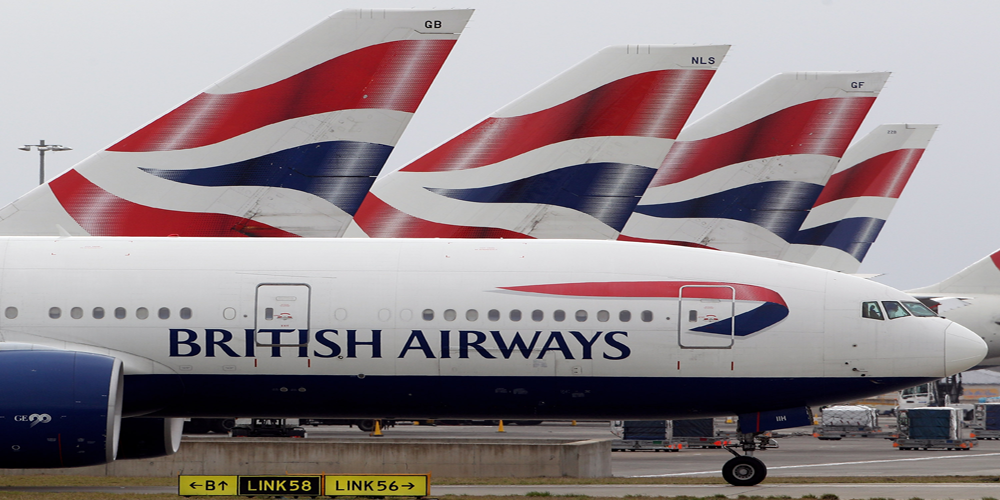 British Airways Faces Strike Threat Over Job Cuts
The head of the trade union Unite has warned British Airways that it plans to move towards industrial action against the airline “with immediate effect”. Unite and BA have been at loggerheads for several weeks. In April, BA owner IAG warned it could cut up to 12,000 jobs due to the impact of coronavirus.

Staff were warned that if agreement was not reached, they would be handed their notice and re-hired on new contracts.

BA said it was disappointed by Unite’s criticism.

For many long-serving staff, BA’s plan would involve significant pay cuts, as well as changes to terms and conditions.

Unite – which represents thousands of BA employees including cabin crew, engineers and maintenance staff – has accused the airline of operating a ‘fire and rehire policy’.

In a letter to BA’s chief executive Alex Cruz, seen by the BBC, Unite general secretary Len McCluskey accuses Mr Cruz of “arrogance” in his dealings with the union. Mr McCluskey says: “You have now published a timetable to fire and rehire thousands of your workforce on 7 August.

“We will work every hour between now and then to convince you not to do so. You can take this letter as our commitment to do that. However, you can also take this as an intention to defend our members by moving towards industrial action with immediate effect”.

British Airways said the lockdown and halt in travel “is the biggest challenge the airline and our industry has ever faced”.

“It is disappointing that a company doing everything it can to save jobs is being singled out by Unite for national criticism, when jobs are being lost across the country in every industry,” it said in a statement responding to Unite’s letter.

The new contracts make BA competitive with lower-cost airlines, it said. It insists 40% of cabin crew would get a pay rise, while crew suffering cuts would see their pay drop by 20%.

“If staff accept the changes to the way they work or their terms and conditions, we expect to be able to save more jobs.”