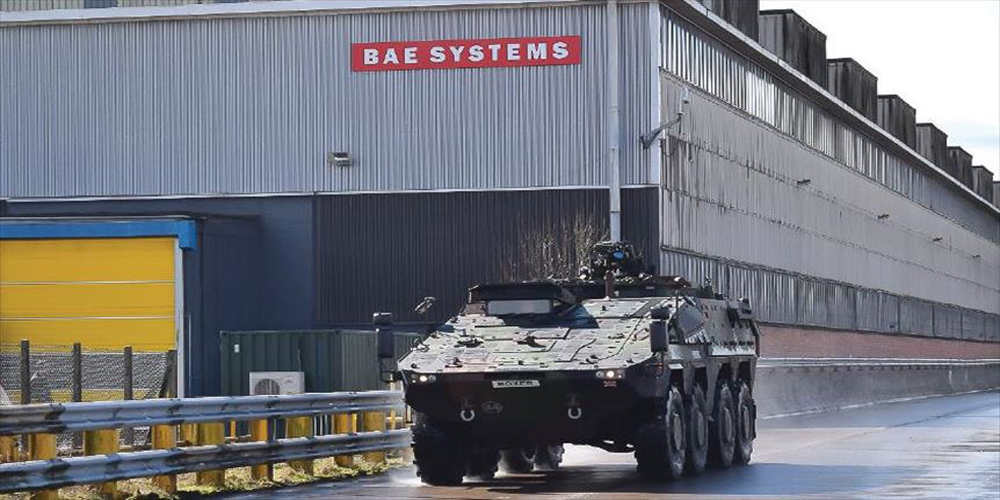 UK World’s Second Biggest Arms Dealer, Figures Suggest.
The UK was the world’s second-biggest arms exporter behind the United States over the past decade, government figures suggest. Orders worth £11 billion were won in 2019, which the government said placed the UK ahead of Russia and France.

Almost £100bn worth of contracts since 2010 included the sale of Typhoons to Saudi Arabia and missiles to Qatar.

The government says the sales support good jobs but critics said the figures should be “a great source of shame”.

The Campaign Against Arms Trade said the UK was “arming and supporting repression around the world”.

The UK government has said that the UK’s defence exports generate thousands of high-value and highly-skilled jobs and sustain capabilities that help keep the country safe.

The latest figures were inflated by the inclusion of collaborative projects between the UK and some European partner countries. And the Stockholm International Peace Research Institute has ranked the UK as the sixth-biggest major arms exporter between 2015 and 2019.

The new data from UK Defence & Security Exports showed the US-dominated the global market for defence exports with an estimated 47% market share in 2019, while the UK held a 16% share, Russia had 11% and France 10%.

Last year, the UK sold arms worth £11bn, less than the £14bn sold in 2018, with the Middle East, Europe and North America its biggest export markets.

Significant defence orders between 2010 and 2019 included the sale of Typhoon fighter aircraft to Kuwait, Qatar, Oman and Saudi Arabia, with close to £100bn in overall sales. Hawk aircraft were also supplied to India, aircraft engines to France, and work was completed on projects for the US.

The UK announced in July it would resume arms sales to Saudi Arabia after they were temporarily suspended last year.

Judges had called for a review into alleged breaches of international law by the Gulf State in Yemen, which later found “no clear risk” of future serious breaches.