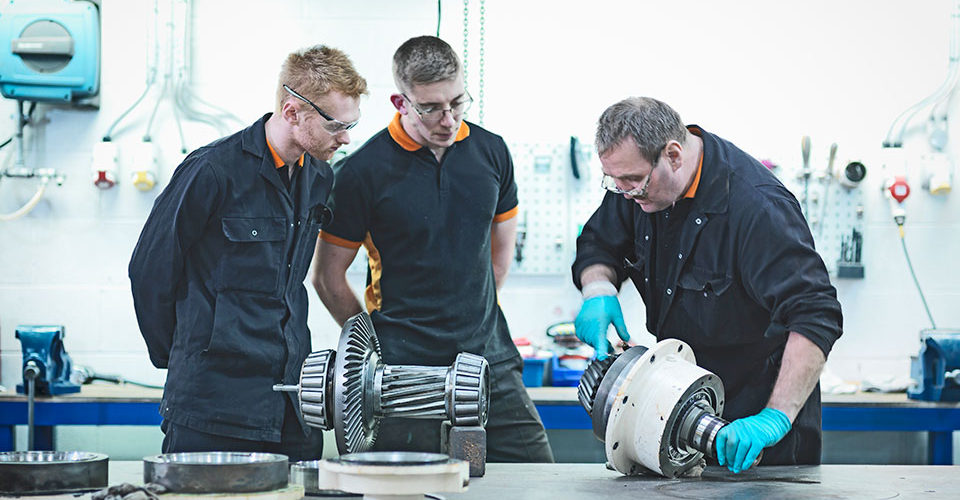 Warning Over Fake Apprenticeships
Half of apprenticeship courses in England have been accused of being “fake” by an education think tank. The EDSK report says the apprenticeship levy – paid by big employers – is being used on low-skilled jobs or relabelling existing posts, rather than training.

But a Department for Education spokeswoman defended apprenticeships as becoming “better quality”.

The apprenticeship levy is paid by large employers, who contribute 0.5% of their salary bill into the training fund.

But since 2017, the report claims £1.2bn from the levy has been spent on jobs “offering minimal training and low wages” or on “rebadging” jobs already offered by employers as apprenticeships.

Apprenticeship spending is too often used on “existing adult workers instead of supporting young people into the workplace”, the report warns.

The education think tank says there is an insufficiently clear definition of what an apprenticeship should offer, so much so that the “brand itself has arguably become a meaningless concept”.
It describes 50% of apprenticeship courses since 2017 as “fake”, saying they do not “relate to helping young people get started in a skilled job or occupation”.

The think tank’s analysis says that £235m of the levy has been used to support “low-skill” roles, such as bar staff, shop checkout workers and those in “basic office administration”.

A further £551m has been used by firms for management training, with the report claiming this was often used for experienced staff rather than new recruits and could include the “rebadging” of existing schemes.

This includes some academics with PhDs being labelled as apprentices in university training schemes in research and teaching.

It also includes support for degree apprenticeships, which are offered as a vocational alternative to academic degrees.

The report’s claims were strongly rejected by Mark Dawe, chief executive of the Association of Employment and Learning Providers. He said there was a need for a wide range of apprenticeships, including those at a lower level – and he accused the report of using “caricatures” which had “no resemblance to the reality of what is actually being learnt”.

A National Audit Office report into apprenticeships last year warned: “There are risks that the programme is subsidising training that would have happened without government funding.”

But he had told MPs that “in the not too distant past” there had been people who did not even realise they were on an apprenticeship scheme.

The new think tank report says apprenticeships need to be more carefully defined and targeted if they are to “improve technical education for young people”.

“If the government wants apprenticeships to be taken seriously by young people, parents and teachers, they must protect this historic brand by scrapping all the ‘fake apprenticeships’ and benchmarking our training programmes against the best in the world,” said Mr Richmond.

“Not only will this save hundreds of millions each year, it will provide more opportunities for young people to train as genuine apprentices, especially those living in the most deprived areas.”

A spokesman for the Institute for Apprenticeships and Technical Education, which oversees the development of apprenticeship standards, said: “We work closely with thousands of employers to make high-quality apprenticeships available across the whole economy.

“This has led to a broader variety of apprenticeships up to degree level being made available, which reflects the nation’s skills training needs,” said the spokesman for the institute, which is sponsored by the Department for Education.

A Department for Education spokeswoman defended the value of apprenticeships and said they had to meet “high-quality requirements”.

She said they lasted “for a minimum of 12 months with at least 20% off-the-job training” and could not be called an apprenticeship unless it complied with such regulations.